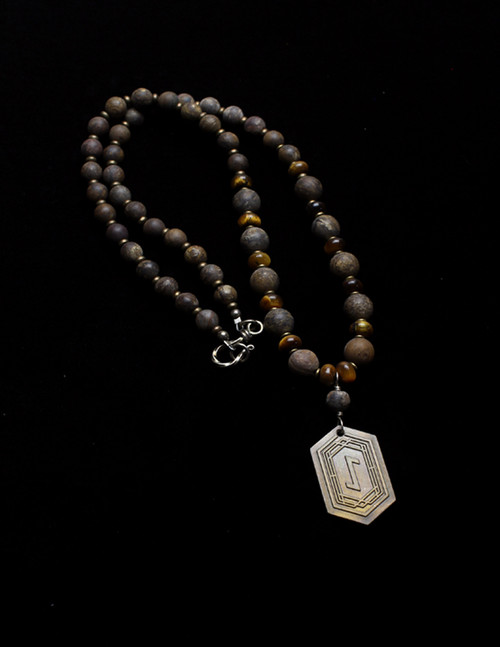 Tiger Eye - This stone is grounding and facilitates manifestation of the will. It can aid in alleviating depression and lifts the mood. It shows the correct use of power and brings out integrity as it assists in accomplishing goals as it promotes clarity.

DAILY CARE INSTRUCIONS:
You don’t want to sleep with your necklace on. You should be taking it off every night before bed.
Don’t repeatedly take it in the shower, lake, ocean. etc. etc. It is a piece of jewelry. If you do not follow these instructions the wire that the beads are strung on will wear out and you will need to have it repaired sooner rather than later. All jewelry needs to restrung/repaired from time to time depending how often/haw hard you wear it. It could be 10 years. It could be 2 years. Please remember, it is a piece of jewelry. Treat it as such!