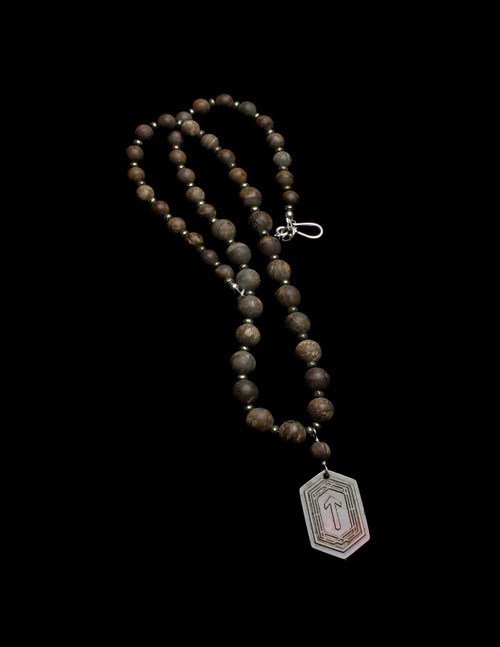 Copper- Copper has long been used as a healing metal. Copper acts as a conductor and will help the healing effect of any stone when both touch the body.

The Archangel Michael pendants are made from Titanium, brass and copper. All other metal including the clasp is Sterling Silver. Necklace length varies between 20 and 22 inches. I select the gemstones and design each necklace individually, and one at a time.