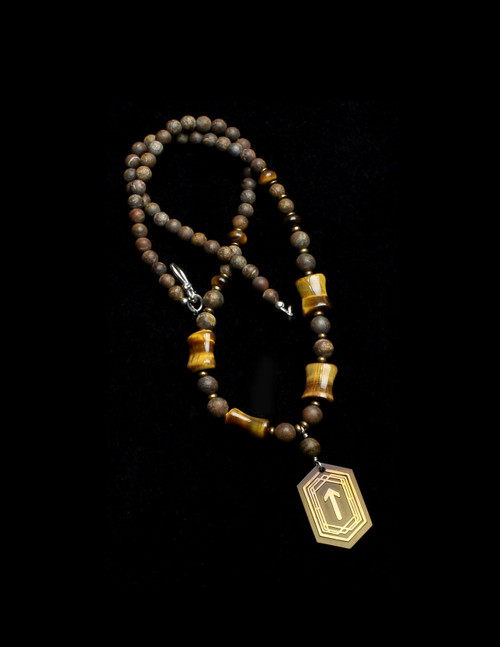 Bronzite (matte)- Bronzite is a protective, grounding mineral that is used to restore harmony and self-confidence. It is known to be a common part of meteorites. Bronzite is used for protection, as it not only repels, but also sends back the negative energies to the sender. Mentally, Bronzite provides us with courage to act on our thoughts and feelings. It instills the courage to follow through with life path decisions.

Tiger Eye - This stone is grounding and facilitates manifestation of the will. It can aid in alleviating depression and lifts the mood. It shows the correct use of power and brings out integrity as it assists in accomplishing goals as it promotes clarity.